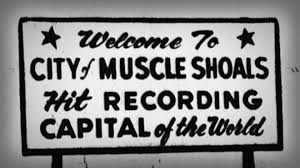 Rich Hall brought black and white together during the height of the Civil Rights movement, and he did it by creating music that we still hear today. He did it in Sheffield, AL, in Muscle Shoals Studio along the Tennessee River.

According to history passed down through the generations, when a Native American named Te-lah-nay was born, her grandmother placed her umbilical cord in the Tennessee River, making the river her sister.  Te-lah-nay was displaced during the Trail of Tears which forced the relocation of Native Americans from the Southeast to Oklahoma following the Indian Removal Act of 1830.   Te-lah-nay spent 5 years walking back to Tennessee River.  There is now a wall in that area, recorded in the Library of Congress to commemorate Te-lah-nay’s walk.   It’s called the Wichahpi Commemorative Stone Wall.

The Yuchi tribe called the river “nunnuhsaw” which means the singing river.  They believed a woman resided in the waters, guiding them with her melodies. 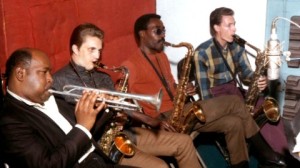 Musicians recording in Muscle Shoals have long proclaimed the mystical inspiration from the Tennessee River.  Even if one does not believe in mystical inspiration, one cannot deny the musical impact created along the shores of the Tennessee River.  Aretha Franklin, Mick Jagger, Percy Sledge, Gregg Allman, Clarence Carter, Etta James, Cher,  Wilson Pickett, and Alabama all recorded in the Muscle Shoals studio, sometimes with nothing more than a verse of song.  When the musicians started to play, the song came together.

In 2016 the W.C. Handy Festival’s Headline Musical Event was titled “I’ll Take You There: The Music of Muscle Shoals.”   The title is that of a song recorded in the Muscle Shoals’ studio by the Staple Singers and is called the epitome of the Muscle Shoals Sound.