“History merely repeats itself. It has all been done before. Nothing under the sun is truly new.” Ecclesiastes 1:9 – NIV

Have you ever been in an argument or debate with someone and mention what they did previously and their defense is that you are bringing up the past? When patterns or behaviors are repeated, and even current, the past is brought up to show a demonstrated pattern of conduct.  The criminal justice system does it all the time.

In February 1991, 34 nations led by the United States successfully freed the people of Kuwait from Iraq’s invasion.  American troops represented the spectrum of America, being all colors and genders.   General Colin Powell was the first Black chairman of the Joint Chiefs of Staff and he was in interviews along with General Norman Schwarzkopf.  They were perfect examples of the love of freedom for America and other countries.  America’s military and the men who led it exemplified unity and the greatest of this country.

Less than one month after freeing Kuwait, on March 3, 1991, this nation and the world would see another side of America. 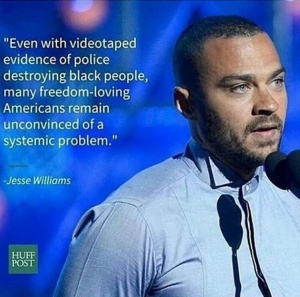 A Sony handheld camcorder captured the beating of Rodney King.  The man who recorded the beating was ignored by the police and subsequently turned his video over to a local television station.

The jury of 10 Whites, 1 Latino and 1 Asian acquitted Koon, Wind, and Briseno. The same jury was unable to reach a verdict on the charge against Powell.

Then Los Angeles Mayor Tom Bradley disagreed with the verdict, telling The New York Times that “the system failed us.” The day after the riots began, President George H. Bush asked the Department of Justice to look into charges against the officers for violating Rodney King’s civil rights.

“What you saw and what I saw on the TV video was revolting. I felt anger. I felt pain. I thought: How can I explain this to my grandchildren?”

Today, we ask the same question, not about a video from 1991, but videos since then — maybe yesterday— or even today.

Many Black Lives Matter activists were not born until after the beating of Rodney King was recorded and the officers placed on trial and acquitted.  I wonder if former President George H. Bush has any words for their parents and grandparents of how to explain the repeated pattern?

Technology has become more available and many citizens are filming the police, along with dash cams and body cams, but the system has not changed.  Writing for the New York Daily News, Shaun King points out that the improvement of our technology is not the same as improvement in our humanity.

On Aug. 4, 1992, a federal grand jury indicted the four officers, and a new trial began in February 1993. In April 1993, the jury convicted Koon and Powell of violating Rodney King’s civil rights. They were each sentenced to 30 months in prison. Wind and Briseno were found not guilty.

Stacey C. Koon, an LAPD sergeant at the beating scene, was acquitted in state court but was one of two officers convicted of federal civil rights violations. He served 30 months in prison and wrote a book, raising $4 million in legal funds.

Laurence M. Powell, the officer seen delivering the majority of the 56 baton blows during the 81 seconds of videotaped beating, was convicted with Koon in the federal case and was released in 1996 after serving a 30-month sentence.

Timothy E. Wind had been out of the Police Academy for 10 months and was training under Powell the night that Rodney King was beaten. He struck King with his baton and kicked him, but was twice acquitted of any criminal wrongdoing. Wind was unnerved by the two trials and did not testify. The LAPD fired him. He took a part-time job as a community service officer for the Culver City Police Department in 1994, which some residents protested. Wind left that job in 2000 and was admitted into Indiana University’s law school.  He is said to now be living in Kansas.

Theodore J. Briseno acknowledged that he stomped Rodney King in the video, saying he was trying to stop him from moving.  However, Briseno was twice acquitted of criminal charges. He was the only defendant to break ranks and testify against the other three officers, describing them as “out of control.”  Briseno was a 10-year veteran of the Los Angeles Police Department.  He was fired in 1994 and unsuccessfully fought to keep his job. 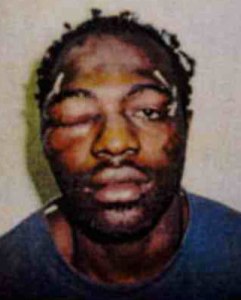 Defense attorneys argued that King was violent and threatening before the video captured the beating.  The after-the-fact beating was therefore punishment, but the jury evidently believed that Rodney asked for, or deserved such punishment including .   crushing an eye-socket, cracking a cheek bone, breaking a leg, and fracturing ribs.

In the state trial, Rodney King did not testify.  He did in the federal trial. There are some who hold the legal opinion that the two federal convictions were because of King’s testimony.  It’s important that a surviving victim testifies to give their side of the story.

On the 25th anniversary of the recording of the beating of Rodney King, attorney Ira Salzman, (who represented Sargent Koon) suggested to the New York Daily News that today’s cops choose bullets over batons to avoid the avalanche of legal woes brought by videotape.

So now we know why today’s law enforcement is taught to continue shooting until the threat has been neutralized.   It has been conveyed to us that the threat is not the suspect, but the avalanche of legal woes.  For example, Michael Slager shot Walter Scott in the back, killing him, and with his false report, would have gotten away with it and not been charged with murder had it not been for a citizen videotaping with his cell phone. 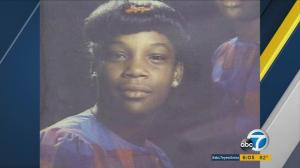 The acquittal of the officers were not the only thing that caused anger to rise.  Two weeks after Rodney King’s beating, Korean-American grocer Soon Ja Du fatally shot 15-year-old Latasha Harlins after a dispute over a bottle of orange juice. She shot Latasha in the back.  Latasha died with $2 in her hand.

Du was charged and faced a 16 year sentence in state prison.  The judge however, sentenced Du to probation saying she was in fear from earlier robbers.

During the LA riots after the acquittal of the officers who beat Rodney King, you might have heard of the beating of truck driver Reginald Denny whose skull was fractured in 90 places.  Bobby Green, a Black man, saved Denny’s life.

Two weeks after Reginald Denny was beaten, Damian “Football” Williams, the man who smashed Denny’s head with a brick was arrested.  Williams was 19-years old at the time.  He was convicted of felony mayhem and served four years of a 10-year sentence.

In sentencing him, Judge John Ouderkirk of Superior Court said;

“Mr. Williams, it is intolerable in this society to attack and maim people because of their race.”

The same however, did not apply to storeowner DU who killed a Black teen because other Blacks had robbed her store during the riots.  The double-standard is in the justice system was clearly noted. 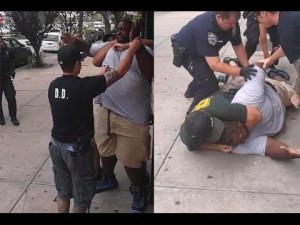 On March 3, 2016, the Los Angeles Times published a piece titled, “25 years after Rodney King, video still isn’t enough to stop police brutality.”   The op-ed piece brings out that 25 years after Rodney King’s beating was caught on camera, the U.S. criminal justice system still maintains a gulf between awareness and substantive change. This is evident in the video showing Eric Garner placed in an illegal choke-hold, and the officer not being indicted.

The situation of 19-year old Darrius Stewart is another example for how the system betrays trust.  Shelby County, Tennessee District Attorney Amy Weirich recommended indicting Memphis police officer Connor Schilling who removed Darrius from a vehicle where he was a passenger, and shot him in the back of a church.   However, the grand jury refused to indict Schilling.   In March of this year, Schilling was approved for “line of duty retirement” by the city of Memphis pension board. 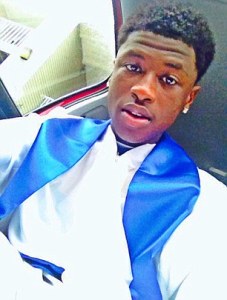 The Memphis Police Department planned an administrative hearing where Schilling could have been reprimanded or terminated for violating handcuffing and radio procedures in the Darrius incident.  Now, Schilling’s retirement has stopped that action.

In spite of Judge Adrine’s findings,  prosecutor Tim McGinty failed to get an indictment from the grand jury saying;

“Given this perfect storm of human error, mistakes and communications by all involved that day, the evidence did not indicate criminal conduct by police.” 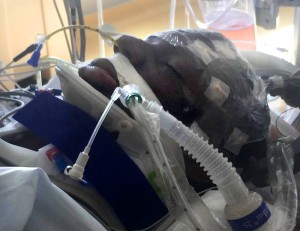 Freddie Gray who died while in police custody from an 80% severed spine.

We have heard from a state prosecutor that human error, mistakes and communications are defenses for not holding people accountable for killing Blacks.  It is a carry-over from the days of legalized slavery when slaves were considered property and if they were killed, the killer was not criminally prosecuted but paid the slave’s owner the value of the slave.  (American Slavery As It Is: Testimony of a Thousand Witnesses.)

Most recently, Baltimore, Maryland Circuit Court Judge Circuit Judge Barry Williams conveyed the same when acquitting not one, but three officers for the death of Freddie Gray.  In giving the verdict of not-guilty, Judge Williams stated;

“The failure to seat-belt may have been a mistake or it may have been bad judgment, but without showing more than has been presented to the court concerning the failure to seat-belt and the surrounding circumstances, the state has failed to meet its burden to show that the actions of the defendant rose above mere civil negligence.” (Emphasis added)

To the justice system, having Freddie Gray’s spine severed 80 percent while in police custody is “mere civil negligence — the destruction of property — not the killing of a human being.

Video recordings of contact between citizens and officers have awaken many, but they still do not protect citizens. There must be thousands of police officers who have never drawn their weapon while on duty.  The same number or more have never been dishonest in their reports.  The problem is that the public does not know the honest officers from the dishonest officers.  The public does not know the high-tempered officers from the calm officers.  And, the justice system has a history of construing the lives of Blacks as property, and the taking of those lives as “mere civil negligence. “

← Racist Hatred Comes Out Against Mothers of the Movement
How Tylenol Poisoning Changed Our Way of Life →
%d bloggers like this: