(I’m writing this on 3 hours of sleep, so please forgive any typographical errors.) 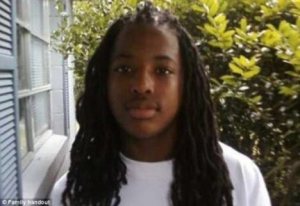 In January 2013, 17-year old Kendrick Johnson was found dead in a gym mat in the Lowndes High School gym in Georgia. The US Attorney for the Middle District of Georgia opened an investigation in October of 2013.

This afternoon, DOJ offices announced that they will not file criminal charges in the death of Kendrick Johnson due to “insufficient evidence” to prove that anyone “willfully violated Kendrick Johnson’s civil rights” or committed any other crime.

“The Department of Justice, in particular the lawyers and investigators who have worked tirelessly on this investigation, express their most sincere condolences to Kendrick Johnson’s parents, family, and friends. We cannot imagine the pain of their loss, or the depths of their sorrow. We regret that we were unable to provide them with more definitive answers about Kendrick’s tragic death.”

In October 2015, the DOJ filed a motion in the civil case that Kendrick’s parents filed for wrongful death.  In their filings, they said that their investigation expanded to include witness tampering and obstruction of justice.  They also advised the Georgia court that the grand jury had convened.

“The Johnsons affirmed that investigators told them the initial autopsy conducted by the state medical examiner was wrong and the autopsy performed by the independent pathologist they hired, which indicates their son’s death was the result of blunt force trauma, was correct.”

It’s not often that I offer my personal opinion in posts involving investigations, but there is a similarity between the DOJ’s decision in this case, and that in the case of George Zimmerman.  The comparison is worth addressing.

The DOJ has a reputation.  Its investigated arm, the FBI, attempts to bring plea bargains to avoid trial.  If the accused does not plead guilty, the DOJ convenes the grand jury and seeks indictment.  Indictments are sealed until the accused are taken into custody.

This causes me to wonder if the “insufficient evidence” simply means that the U.S. Attorney overseeing the case does not want to bring the case to a jury trial in a venue where it would be almost impossible to seat an impartial jury.

← Happy Father’s Day
Orlando Mass Murderer Killed Because of Self-hate Rather Than Jihadi →
%d bloggers like this: