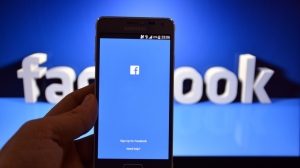 Last year, Facebook settled a case filed by a Florida woman who sued them for unwanted texts.  This time around, lawyers are seeking to certify a class.

The Recorder reports that the lawsuit has been filed by lawyers at the privacy specialty firm of Edelson P.C.  It was filed in the U.S. District Court for the Northern District of California.  The suit claims that when a Facebook user deactivates a phone number and it gets reassigned, the company continues to send automated text messages without the new owner’s consent. The suit claims that the unwanted messages violate the Telephone Consumer Protection Act (TCPA), which carries damages of $500 per violation.  The amount of damages can be tripled in cases of willful violations.

The Edelson suit seeks to certify a class of cellphone users who received text messages from Facebook without consent and a separate class of people who made an express attempt to get Facebook to stop sending the texts that was ignored. The lawsuit asks that Facebook be barred from any future telemarketing until it establishes an internal “do not call” list as required under the TCPA.