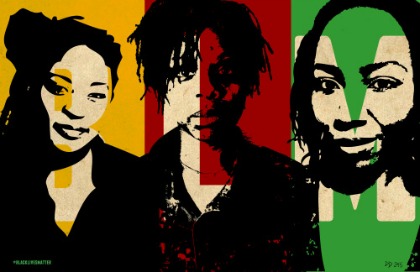 When I first wrote the following blog over a year ago, the portrayal that I tried to convey, would not have received much traction or consensus within the general American population. THE BLACK LIVES MATTER MOVEMENT HAS MADE A MAJOR DIFFERENCE IN MOVING PEOPLES’ HEARTS AND MINDS, TO WHERE THERE IS DIALOGUE ALONG THE LINES, THAT SOMETHING HAS TO CHANGE. Now there are even reputable news outlets keeping tabs on police shootings, so that we finally have facts for reference. For example a 12/24/15 Washington Post article reports that there have been 965 police shootings for the year 2015. Other reports indicate numbers up to 1199 citizens have been shot; however all resources detail the criteria used to arrive at their numbers. This data was virtually non existent over a year ago.

HERE IS THE YEAR OLD BLOG: