The Death of Freddie Gray – William Porter On Trial

The jury has been seated; opening statements were made, and the prosecution’s first witness was called. 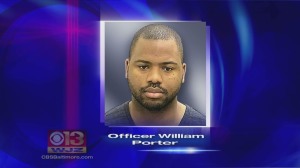 The trial of Baltimore police officer William Porter is underway.

No cameras or computers are allowed inside the courtroom. We will follow trial as best we can through Twitter and other sources and post it in the comment section. At the end of each trial day, I will attempt to obtain a video that recaps the day’s trial.

The below video recaps today’s hearing.