← Officer Who Killed Rekia Boyd Not Guilty Of All Charges
Reflection → 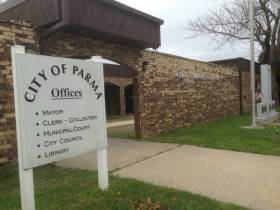 Parma’s mayor, Randall Ramsey, had served for 37 years.   This year, he was defeated by Tyus Byrd, a Republican. Byrd was sworn into office on April 14th. Last year, residents were concerned with increases to their water and electric bills. Then Mayor Ramsey said he had an open office, but residents said that their voices went unheard by city officials. Ramsey encouraged residents to attend city council meetings, but one said that when she went, it was cancelled. Ramsey stated it was because there weren’t enough board members available to attend.

Five of the city’s six cops quit after Byrd was elected. Two were 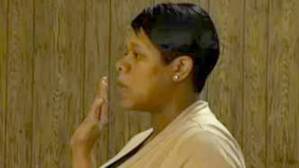 full-time and three were part-time officers. Outgoing Mayor Randall Ramsey told the media that the cops gave no notice and were joined by the city attorney, clerk and water treatment supervisor. They all cited “safety concerns” in their letters of resignation. The letters of resignation have not been released to the new mayor and there are reports that they cannot be found and that the computers were cleared.

Residents who were interviewed say they are not concerned about their safety, and they are relieved about the situation because Parma doesn’t have many problems in town.

On a personal note, I prefer that employees quit when they do not want to work under a certain person, rather than circumvent the person’s authority and/or attempt a constructive discharge. We saw too much circumvention by our national Congress in effort to make President Obama a one-term president. We also saw how certain processes were delayed to point a finger at the President to blame him for why Congress was not working for the good of the nation.

It is important that leaders be able to trust those who serve citizens. Since the election of Barack Obama as President, and his appointment of Eric Holder as Attorney General, many have experienced that reaching out to the Federal Bureau of Investigation leads to the proverbial going in circles. Calls to the main office for the Department of Justice regarding civil rights violations are handled by gate-keepers who summarily advise citizens to surrender their constitutional rights if they don’t want them violated.

My best to the city of Parma. At least the new mayor starts her position with a clean slate.