Texas Is Running Out Of Execution Drug 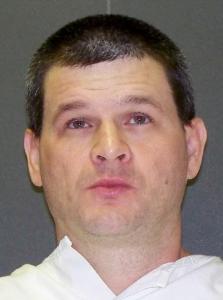 Kent Sprouse, 42, was the fifth convicted killer executed this year in Texas. In 2002, Sprouse killed Ennis Police officer Harry Marvin “Marty” Steinfeldt III, who was 28-years-old, and 38-year old Pedro Moreno. Although charged in Moreno’s death, Sprouse was not tried for it.

Sprouse, a meth addict, had used the drug and other drugs 48 hours before the shoot-out that took place at the Ferris Food Mart. Jim Jenkins, who was Sprouse’s lead lawyer at his trial said Sprouse suffered from the effects of methamphetamine addiction.

“He just didn’t know what he was doing, but the jury has to buy that. It’s sort of like being drunk and killing somebody. That’s really not a defense, not a legal defense. … The whole thing is extremely sad.”

Thursday, Sprouse was given the drug pentobarbital intravenously. He took several deep breaths and was pronounced dead 22 minutes later.

Texas Department of Criminal Justice officials said a recent purchase of pentobarbital means they have enough of the sedative to carry out three other executions set for this month, including one next week. But at least three more are set for May and June, meaning they would have to find a new supply or switch to a different drug to carry out those executions on schedule.

Death penalty states have found it increasingly difficult to acquire execution drugs because traditional manufacturers now refuse to sell their drugs for use in executions. States now rely on compounding pharmacies for their made-to-order execution drugs.

In three weeks, the Supreme Court of the United States will consider a challenge from three death row inmates to Oklahoma’s lethal injection method. A ruling against the use of midazolam, a sedative that lacks the knockout punch of pentobarbital, is part of a three-drug cocktail. 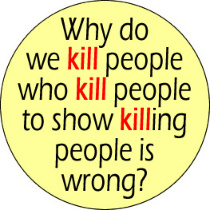 States that have turned to compounding pharmacies for their drugs are running into increased resistance. David Miller, executive vice president of the International Academy of Compounding Pharmacists stated, “As a pharmacist, I was trained to take care of people. This is not our business. Our business is in healing.”

The United States used to get some of the drugs from Europe, but the European Union does not support capital punishment and is no longer supplying the drugs to America.

With so many difficulties using lethal injections, some states with capital punishment are instituting backup methods. Tennessee would allow electrocution. Utah has re-instituted the firing squad, and Oklahoma legislatures are moving towards using nitrogen gas.

The botch legal injection executions have also raised questions from pet owners about drugs used to euthanize animals. Pet Adviser has an article on its website addressing the issue. Vets use a sedative first, then an anesthesia.

“Euthanasia solution induces an almost immediate state of anesthesia, quickly followed by a stopping of the heart. Once the injection has started, the pet becomes immediately anesthetized, and then leaves this life in less than a minute.”

A 2012 report by the National Research Council, titled Deterrence and the Death Penalty, stated that studies claiming that the death penalty has a deterrent effect on murder rates are “fundamentally flawed” and should not be used when making policy decisions

Along with the federal government and military, 32 states currently have the death penalty.

← Recall of Blue Bell Ice Cream
Some Day We’ll Get It Together – Open Discussion →
%d bloggers like this: