We have read the headlines and tweets about members of law enforcement using excessive force, even killing, people who are mentally ill. Yesterday, I volunteered for a research project. I’m retired but now realize even more why I enjoy taking on these projects — not only does it help professionals who help others, but I always learn from them.

While conducting the research, I discovered the following. It’s good news in the sense that organizations across America are now seeking a decision from the highest court in the nation involving police and the mentally ill. It’s San Francisco vs. Sheehan, case number 13-1412.

Teresa Sheehan at Christmas dinner in 2014. (Courtesy of Frances Sheehan)

Theresa Sheehan lived in a group home in the Mission district and suffers from schizophrenia. In 2008, Theresa’s social worker contacted the police to carry out an involuntary psychiatric commitment. He alleged that Theresa threatened him with a knife.

Two cops arrived and entered Sheehan’s room. She threatened them as well. The two cops left and called for backup. However, before backup arrived, the officers broke down Theresa’s door, pepper sprayed her, and fired their guns 5 to 6 times. Theresa was shot but survived, needing two hip replacements as a result of being shot.

Prosecutors charged Theresa with assault. She went to trial and the jury deadlocked. The prosecutor dropped the charge. Theresa filed a damage suit in the federal court under the Americans With Disability Act, (ADA). On summary judgment, the district court ruled in favor for City of San Francisco and closed the case. Theresa proceeded on appeal to the Ninth U.S. Circuit Court of Appeals in San Francisco. The appellate court reversed the district court and ruled that a jury should decide the case.

The City of San Francisco has appealed the circuit court ruling to the U.S. Supreme Court. “Police officers deserve clarity concerning their obligations under federal law, and public safety demands it,” says City Attorney Dennis Herrera, whose office represents the police officers. As he told the Chronicle, “We hope the high court reverses the Ninth Circuit’s mistaken decision and restores reasonableness to this area of the law.”

Now, there are two questions before the Supreme Court. One is whether the ADA “requires law enforcement officers to provide accommodations to an armed, violent, and mentally ill suspect in the course of bringing the suspect into custody.” The second question is the central issue; whether the officers’ forced entry into Theresa’s apartment was “unreasonable under the Fourth Amendment “by reason of the anticipated resistance of an armed and violent suspect within.”

The ACLU and 42 other organizations called on the city of San Francisco to drop its appeal. They did not, so the amicus briefs have poured in, asking the Court to decide how the ADA, which requires government agencies to make reasonable accommodations for disabled individuals, applies to police conduct toward a mentally ill person who may be violent.

The American Civil Liberties Union amicus brief argues that the City of San Francisco is asking the Court to carve out an exception to the ADA for police in which life-saving crisis intervention and related techniques are assumed to not be reasonable if the person with the disability is armed or violent.

Justice Stephen Breyer’s brother, U.S. District Judge Charles Breyer, was the judge who dismissed Sheehan’s suit, and so Stephen Breyer will not hear the case, leaving only eight Supreme Court justices to decide.   You can read the ACLU’s amicus brief by clicking here.

Beginning with page 9, the amicus brief describes cases where the police mistook people with epilepsy, persons with cerebral palsy, and people having strokes, as intoxication or under the influence of illegal drugs. This is important to me as I have a friend with cerebral palsy who was commanded to walk in a straight line by police or be arrested for failure to cooperate. I also had the direct experience of needing medical help when my late husband was having a stroke.

The first question asked of me was how much he had to drink. My late husband and I only had alcoholic beverages on special occasions, about 4 times a year. That day was not one of those special occasions. They asked him to stand. He would try, then fall. They asked if he could speak, and I could see his face twisting by the minute, but they were oblivious to it. When the EMT arrived, I took her to the side and told her that my husband was having a stroke. She immediately took his blood pressure and then called in to the hospital that she was bringing in a patient.

While the what if’s are scary to think about, the experience was still real.

The amicus brief addresses how police officers, knowing a person is deaf or hard of hearing, mis-perceive their actions and threat them as uncooperative, even to making it difficult for the person to communicate using sign language by handcuffing them behind their back. They wrote:

“When a deaf individual reaches for a pen and paper to pass notes with a police officer, or a printed card stating that he or she is deaf, officers sometimes assume that the person is reaching for a weapon and respond with lethal force.” 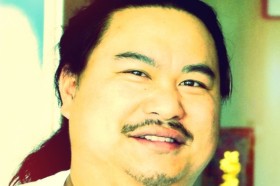 Errol Chang, bi-polar and schizophrenic, was in crisis on March 18, 2014. His family called for help. He was killed by police in his home.

The amicus brief argues that there are well-established and effective law enforcement practices that are widely understood and widely used in police encounters to protect officers, the public, and people with disabilities. There is nothing in the ADA that prevents law enforcement from making an arrest. The regulations and guidance of the U.S. Department of Justice require that the practices that take disability into account in other areas, also applies to arrests and detention. The question then is why are there still hundreds of Americans with disabilities seriously injured and even killed in police encounters? The answer is because of the indifference of those officers towards the disabled.

To paraphrase Justice Ginsburg in her concurring opinion in Tennessee v. Lane, people with disabilities are included in “We the People” and responses by law enforcement should not be indifference, but accommodation.

KQED News reviewed officer-involved shootings in San Francisco between 2005 and 2013, and found that 58 percent of the people killed by police had a mental illness that was a contributing factor.

Theresa is represented by Oakland civil rights attorney Ben Nisenbaum. A ruling in San Francisco vs. Sheehan is due in June.

Maybe, just maybe, the shooting of Theresa Sheenan, and the deaths of Jason Harrison, Asa Sullivan, Idriss Stelley, Errol Chang, Ethan Saylor, Dontre Hamilton, and others, will not be in vain.

← Tyler Clementi anti-bullying bill reintroduced in Congress
5 Ft. Lauderdale Cops No Longer On Force Due To Racist Text Messages →
%d bloggers like this: