“A Justice Department review has found that the troubled Ferguson Police Department engaged in a pattern of racially biased enforcement during suspect stops and used unreasonable force against a disproportionate number of African American suspects, according to a law enforcement official familiar with the findings.” 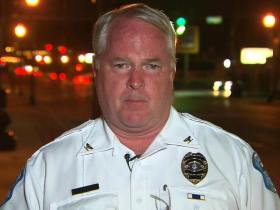 The results of the investigation were detailed in a meeting between Ferguson and Justice Department officials on Tuesday. The full report should be released by tomorrow.

The Black population in Ferguson is 67%. However, the Justice Department conducted an investigation that covered 3 years, and found that 85% of people involved in vehicle stops were Black; 90% who received tickets were Black, and 93% of those arrested were Black. Were they all guilty? No. The Justice Department found that police in Ferguson routinely made arrests without probable cause. Blacks were twice as likely to be searched during vehicle stops but less likely to be found in possession of contraband.

It’s good news that these things have been brought to the open, but it is still sad that such oppressive things take place.

This is a developing story so please check the comment section for updates.

The DOJ’s investigative report has now been added to the Document section on the right-side border of the blog.