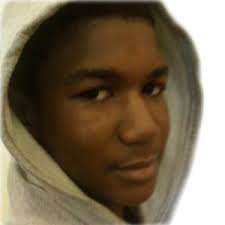 Yeah Trayvon. We see you smiling.

On Friday, George Zimmerman was arrested on charges of aggravated assault, and domestic violence involving a weapon.  We have since learned that the weapon was a wine bottle.

On February 26 , 2012, George Zimmerman shot and killed 17-year old Trayvon Martin.  Zimmerman called the police non emergency number reporting a suspicious person.  Travyon was returning from a convenience store, walking to Brandi Green’s house, where he and his dad were staying.   Trayvon was unarmed.

Zimmerman abandoned his rental townhouse that same night, and did not return to work thereafter.

It was not until April 2012 that Zimmerman was charged with 2nd degree murder in the shooting death of Trayvon Martin.

The weekend before his arrest, George Zimmerman opened a website and requested financial donations to a legal defense fund.  After his arrest, the money began pouring in.  Via the jail house telephone, he instructed his wife Shellie on transferring the money and paying off their debts.  At a subsequent bond hearing, George Zimmerman sat in court like a “potted palm” while his wife denied knowledge of the money.  George also kept hidden that he had a valid passport in a safety deposit box.

By motion of the State’s Attorney, Zimmerman’s bond was revoked.  He had a subsequent bond hearing where Judge Lester stated that he believed that if it was not for the ankle bracelet, that Zimmerman would have left the country with other people’s money.  Shellie was charged with perjury.

Around December 2012, George, Shellie, and Mark O’Mara were sued by a security firm for breach of contract and failure to pay.

On July 13, 2013, a jury of six women acquitted George Zimmerman.  Following his acquittal, Shellie appeared in court and entered a plea agreement on the perjury charges.  She then announced that she filed for divorce.

Prior to that, George was stopped for a traffic violation in Texas.  Several months thereafter, the police were called to the Lake Mary house owned by Shellie’s parents on the allegation that he hit Shellie’s dad and threatened to shoot him and Shellie.  Surveillance video captured an angry and aggressive George destroying Shellie’s Ipad, which she said was used to record George’s threats.

It didn’t end there.  When it was reported that Zimmerman had been arrested for domestic violence against Samantha Scheibe, news also came out that while his trial was pending, Zimmerman had affairs with Samantha and at least one other woman.

Zimmerman was stopped again for a traffic violation, and the police caught him one night working as a guard for a store.  The owner said that he did not ask, neither hire Zimmerman.  Thereafter, a man reported that Zimmerman stalked and threatened him.

This is now another encounter with the police, and Zimmerman’s second arrest since his acquittal.

Saturday at his bail hearing, Zimmerman was represented by Don West.  He is free on a $5,000 bond. On May 31, 2012, Don West, whose office is in Orlando, Florida, left his job as a federal public defender to join Zimmerman’s defense team along with Mark O’Mara on the 2nd degree murder charge. After Zimmerman’s acquittal in that case, Mark O’Mara served Zimmerman with a legal bill for $2 million.

Since his acquittal, for a short-time, Zimmerman was represented by public defenders in the domestic violence case involving Samantha. The public defenders were replaced with Jayne Weintraub.

For his divorce, Zimmerman is represented by attorneys Howard Iken and Alberto Ayo.   In March 2014, they produced a video with Zimmerman and also requested that people donate money to him.  News on the divorce case has been silent.  Maybe there was not enough money raised to proceed in the case.

Zimmerman sued NBC alleging defamation.  Judge Nelson dismissed that complaint and it has been reported that an appeal was filed.  He was represented by James Beasley out of Pennsylvania.  O’Mara was the local attorney in Florida, where the case was filed.  Since O’Mara parted ways with Zimmerman, he has been replaced as local counsel.

Zimmerman traced photos and did paintings, one that landed him in trouble.  The original photographer threatened Zimmerman with a lawsuit.  Zimmerman also opened his own blog in September 2014 and after two posts that same month, it has been dormant.

So, here we are again, awaiting news on the details of Friday’s arrest.  What we know thus far is that on Monday, January 5, 2015, Zimmerman’s girlfriend was stopped by the police for a traffic violation.  She informed them that Zimmerman threw a wine bottle at her.  The police were unable to catch-up with Zimmerman for questioning until Friday.  He is living in the house owned by his parents, which his parents say they left in fear after Rosanne Barr tweeted out their address. They are suing Barr for the value of the house.  The Zimmerman’s still own the property.

We will report any news in the comment section below.

Here’s the police report.  I’ve also placed it under “Documents” on the right-side border.

View this document on Scribd