← Ferguson Prosecutor Admits His Handling of the Grand Jury in the Darren Wilson Case Was Not Normal
10 things you need to know today: December 21, 2014 →

It happened on June 26, 2011. 18-year old Deryl Dedmon of Brandon, Mississippi decided to drive into a predominately Black area of Jackson, Mississippi for the distinct purpose of messing up Blacks. With him were John Rice, Dylan Butler, Jonathan Gaskamp, William Montgomery, Shelbie Brooke Richards and Sarah Adelia Graves.

Dedmon owned a 1998 Ford F-250 truck and those who couldn’t fit in his truck climbed into a Jeep Cherokee. They drove 16 miles to the western side of Jackson.

In the parking lot of the Metro Inn near his own truck was 49-year old James Craig Anderson. Dedmon and his group pulled into the parking lot, robbed James and repeatedly beat him. Dazed, James walked to the curb of the street, where Dedmon ran him over, killing him.

Dedmon first told the police that he pulled into the Metro Inn parking lot because he thought James was trying to steal a vehicle. What Dedmon didn’t know is that motel security cameras caught most of his and his friends’ action on video. 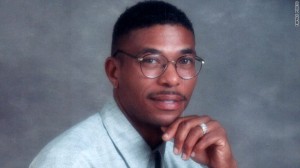 At his preliminary hearing on September 30, 2011, Dedmon entered a plea of not guilty. However, on March 21, 2012, he changed his plea to guilty for murder and a hate crime.

“They also have caused our family unspeakable pain and grief. But our loss will not be lessened by the state taking the life of another. … We also oppose the death penalty because it historically has been used in Mississippi and the South primarily against people of color for killing whites. Executing James’ killers will not help balance the scales. But sparing them may help to spark a dialogue that one day will lead to the elimination of capital punishment.”

At his sentencing, Dedmon said, “I wish I could take it all back. “I was young and dumb, ignorant and full of hatred. I chose to go down the wrong path.”

But the case wasn’t over.

Still, the case wasn’t over.

While the state’s case was pending, the FBI opened a federal civil rights violation investigation. On May 29, 2014, the Clarion Ledger reported that the FBI’s investigation was still ongoing.

On December 15, 2014, the FBI reported that Shelbie Richards plead guilty to one count of conspiring to violate the federal hate crime law and concealing from investigators information about James Anderson’s killing. Her statement said that she encouraged Dedmon to hit James with his truck, and she lied to investigators about it.

Sarah Graves plead guilty to one count of conspiring to violate the federal hate crime law.

The law they were charged under is commonly known as the Shepard-Byrd Hate Crimes Prevention Act.

“This investigation started with the tragic death of James Anderson, ” said Special Agent in Charge Donald Alway of the FBI Mississippi Division. “Since then, the FBI has continued its efforts to identify and bring to justice all those individuals who conspired to deprive Mr. Anderson and other African-American citizens of their civil rights simply because of the color of their skin.”

“The continuing investigation into the events surrounding the vicious murder of James Craig Anderson that resulted in today’s guilty pleas demonstrates that the Department of Justice will vigorously pursue justice for every victim of racially-motivated violence. No person should have to fear that they will be attacked because of the color of their skin as they walk the streets of their own city. We will continue to use the tools at our disposal to ensure that racial equality in America is a reality as well as an ideal.”

But the case still isn’t over.

According to Shelbie Richards, she and her co-conspirators targeted and beat Blacks other than James. She said that they targeted those who they thought were homeless or intoxicated on the belief that they would not report the assaults.

The feds are still investigating. Defendants Deryl Paul Dedmon, John Aaron Rice, Dylan Wade Butler, William Kirk Montgomery, Jonathan Kyle Gaskamp, and Joseph Dominick, all of whom pleaded guilty, are in federal custody awaiting sentencing, pending the results of the federal investigation.  It is possible that there are more charges yet to come.

Some may find language in the following video offensive.

← Ferguson Prosecutor Admits His Handling of the Grand Jury in the Darren Wilson Case Was Not Normal
10 things you need to know today: December 21, 2014 →
%d bloggers like this: