Ferguson Police Officer Darren Wilson shot Michael Brown 6 times, twice in the head. The shot to the top of Michael’s head spilled his brains unto the street. Photos and videos show Darren Wilson casually standing and walking around as Michael’s blood flows like a river from his body.

Darren Wilson has been in hiding. On Wednesday, news sources reported that Darren Wilson testified before the St. Louis County grand jury.

The Ferguson police officer who shot and killed Michael Brown on August 9 has finally told his story in court. Darren Wilson spent nearly four hours in front of a St. Louis County grand jury on Tuesday, the Post-Dispatch reports, despite not being required to testify. An anonymous source called Wilson “cooperative,” and said he has also given his side of the story twice to local investigators and once to federal investigators.

MSNBC has a video with an introductory line that says:

As Lisa Bloom says in the video, grand juries are secretive. My perspective is from that basis. 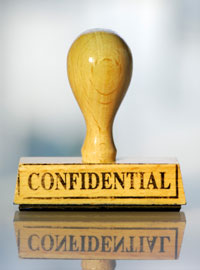 This case has demonstrated that those in public trust betray trust. There are conflicts of interests with a Missouri State legislature and State’s Attorney McCullough being officers in two different organizations that raise money for Darren Wilson.

Now, there is someone who may be an employee in the judicial system, leaking information about who appeared before the grand jury. That person has betrayed the confidentiality of the grand jury system and in doing so, has also betrayed public trust.

Does it bother anyone else to know that someone who apparently works in the system cannot keep confidential information — confidential?

The grand jury’s investigation should be closed due to breach of confidentiality and turned over to the federal government.

The below video combines two news reports from MSNBC on Darren Wilson testifying before the grand jury.  They bring out good points, including that State’s Attorney McCullough is using the grand jury to “investigate” without telling them possible charges.