Hat tip to Glenn Robinson for tweeting out the article.

The article on The Root hit me hard;

Reject the “He was a good kid” or “He was a criminal” narrative and lift up the “Black lives matter” narrative. Those who knew him say Brown was a good kid. But that’s not why his death is tragic. His death isn’t tragic because he was on his way to college the following week. His death is tragic because he was a human being and his life mattered. The good-kid narrative might provoke some sympathy, but what it really does is support the lie that as a rule black people, black men in particular, have a norm of violence or criminal behavior. The good-kid narrative says that this kid didn’t deserve to die because his goodness was an exception to the rule. This is wrong. This kid didn’t deserve to die, period. Similarly, reject the “He was a criminal” narrative surrounding the convenience store robbery because even if Brown did steal some cigars and have a scuffle with the shopkeeper, that is still not a justification for his killing. All black lives matter, not just the ones we deem to be “good.”

It caused me to think back about why, during the George Zimmerman case, I did not debate nor defend against accusations that Trayvon was a “thug.”   Here we are again with Michael Brown, and there are folks trying to posture Michael as deserving of death because he was not a “good kid. “

The quote above explains what I have not been able to put in words.   In essence, those arguments for justification convey that there are good Blacks who deserve to live, and bad Blacks whose lives should be cut-short. That standard is defined by people through racially bigoted eyes that are never satisfied. If they cannot find anything to use to criticize the victim, or when their attempts are proven false, they attack the family, and even attack extended families.

“Deserve” to die is another way of saying “unequal” and “inferior.”   While this is prevalent in the issue of racism, it should not be forgotten that there was a time when women were believed to be inferior. We witnessed a mindset of bigotry against women in the judicial system also. Until Trayvon Martin was killed, the only other victims I’ve ever seen accused of their own victimization were victims of rape.

The standard placed upon raped women was too high, unless it was a White woman who accused a Black man of raping her. Then, standards went out of the proverbial window and attention turned on the defendant who, by default, was guilty because of the color of his skin. What demeaning rape victims accomplished was to discourage other rape victims from reporting the crime. It silenced them. It took many decades, and lots of supportive people, before that changed. It was easier to bring an alleged rapist to trial and convict him when his victim was dead. The fun for women-haters was seeing the living victim humiliated.

Now with the internet, there is a diversion to humiliate the living as proxy for the dead. 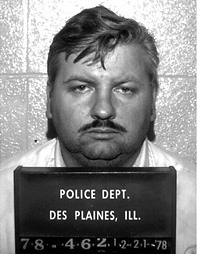 When I was a young girl listening to older adults talk about having experiences, I thought it was just older people mouthing off to past the time of day. Now, I understand how memories are beneficial. It was in 1978. John Wayne Gacy was arrested for the sexual assault and murder of 33 teenage boys and young men in a series of killings committed between 1972 and 1978. He was later convicted and sentence to death.

On December 22, 1978, Gacy confessed to police that since 1972, he had committed approximately 25 to 30 murders, all of whom he claimed were teenage male runaways or male prostitutes. Gacy was a businessman who rubbed elbows with politicians. He actually thought that by painting his victims as “bad kids,” that it gave him superior decision making authority to decide their fates.

Of Gacy’s identified victims, the youngest were Samuel Dodd Stapleton and Michael Marino, both 14 years old. Seven of the victims have never been identified.   Not once did the media paint Gacy’s victims as bad kids deserving of death. Not once did the media delve into the family lives of the victims. It made no difference if the victim was from a one parent home. It made no difference if the victim had a reputation for running away from home. No one questioned why 14-year olds were out alone. No one questioned if their parents worked or were on welfare, lived in a mansion or a trailer park. It made no difference if the victims were homosexual or straight. Parents did not have to defend their children who, by Gacy’s hand, were murdered. All that mattered is that they were murdered, their murderer was arrested, and he was going to stand trial. All of Gacy’s victims were White.

Why has it become the agenda of some to denigrate victims? My thoughts are that DNA and other forensic evidence has made significant changes in the prosecution of murder trials. Coupled with this are video and audio recordings. With such evidence before a jury, the only thing left to convince them to acquit is to taint the reputation of the victim.   We know, for example, that in the George Zimmerman murder trial, the jury disregarded all evidence and instead, blamed Trayvon and the law. In her book Suspicion Nation, Lisa Bloom reports that juror Maddy stated that one juror knew pretrial publicity and said that “Trayvon Martin was a bad kid,” who “planned his own death,” though no evidence of that had come into trial.” (Page 19) 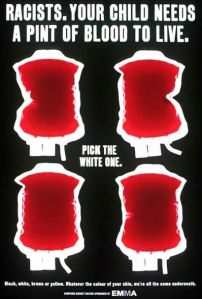 Death does not discriminate. It doesn’t care about race, gender, age, financial status, education, family structure. Those using death as a means to celebrate the death of some, forget that they are not immune from death. They enjoy humiliating an entire race, hoping they can break people enough to silence them when the next Trayvon Martin, or Jordan Davis, or Renisha McBride, or Michael Brown, is killed.

Silence; Chad Oulson; Ronald Westbrook; Kelly Thomas. Silence. But, racial bigots say it’s the fault of major media because the victims were not Black. In actuality, I personally only know about those cases because major media reported them.   When major media is silent because there is nothing to report, we do not see Brown and Black people take to social media and blogs to spread rumors about how many children were fathered by dead victims; doxing, intimidating, and demeaning witnesses; making up nicknames for the dead victim; spreading rumors about parents, extended families, and friends. We do not see the analyzing of the tweets of dead victims with interjection that the dead victim was leading a bad life and destined to be killed or put in prison.

Let’s face it – the majority of “breaking news” comes from rumors given to the media by White Supremacists to keep the pot stirred. I have not seen Black and Brown people doing that to any dead victim of any race. 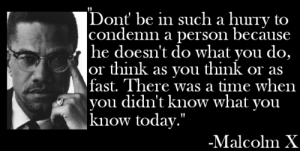 Back in the 1960’s, there were two frames of thought in the Civil Rights Movement. One said that if Blacks obtained educational standards, were given equal employment opportunities and moved into decent housing, that it would dispel racial stereotyping. It effectively required that Blacks reach a standard in order to be equal with all the rights and privileges of the constitution.

The other side of that coin said that no matter how educated, 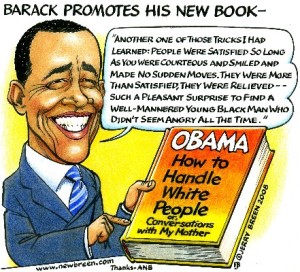 financially successful, intelligent, articulate; that Blacks will always be stereotyped and never equal. Currently, I think we see the truth of that when having a man in the White House who personifies perfection in education, finances, family, and is articulate, but is yet racially stereotyped, called the “n” word and painted in cartoons as being a savage and a monkey. For his successes, he is accused of being an elitist and racist.

Ultimately, the “good-kid/bad kid” narrative is just another way that racial bigots say that they have an ever-changing standard so that no Black is ever equal to them as a human being. Now I understand why, rather than defend an individual, I focus on equality for all.   No one can ever reach a standard that is set by others, especially when those defining the standard do so through prejudicial eyes.

In the end, those using death to humiliate a race go into a cemetery, or crematorium, the same as the bodies of “bad kids.” They/we are all equal.

← Frederick Leatherman’s Blog was Hijacked
Cyberharasser’s Court Action Backfires on Him (Faces of Racism, Pt 2) →
%d bloggers like this: