On August 29, 2014, I wrote that when searching for a copy of the $40 million lawsuit filed against the Ferguson, MO police department, that I discovered other lawsuits that name various Ferguson police officers as defendants. In that post, I also wrote that the U.S. Department of Justice has a division to receive and investigate complaints against law enforcement who violate civil rights under color and claim of official right. Considering that some citizens of Ferguson stated that no private attorney was willing to go against Ferguson, it was my opinion that their only option was to file complaints with the DOJ’s Civil Rights Division. 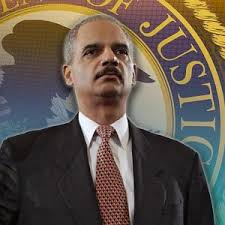 Today, U.S. Attorney General Eric Holder held a press conference announcing that the Department of Justice has opened an investigation into the Ferguson police department. The video is below. Please note that he says the investigation includes if the Ferguson police department has violated the constitution and/or federal law.   Those are two different things under the DOJ.

As an example of the DOJ’s prosecutorial actions, in May 2014, Jason Stacks, a former Lowndes County Georgia Sheriff’s Deputy, plead guilty to conspiring to use his law enforcement authority to unlawfully detain and extort money from Hispanic motorists. Stacks admitted that he conspired with two civilians to subject Hispanic motorists to unlawful traffic stops so that the conspirators could demand the motorists pay money in order to avoid arrest and/or deportation.

Here is the video of today’s press conference.

← Ted Wafer Sentenced to 15-30 Years for Killing Renisha McBride
Cyberharasser’s Court Action Backfires On Him →
%d bloggers like this: