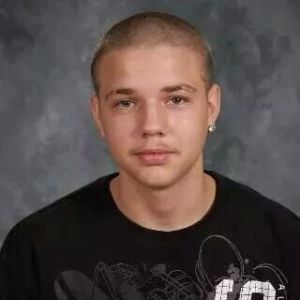 Joseph Jennings was 18 years old. He was depressed, had seizures, and was suicidal. His aunt, Brandy Smith, told Ottawa, Kansas police that her nephew tried killing himself with an overdose of pills last week. Two of the officers that took Joseph to the hospital for the overdose were among those who on Saturday, shot Joseph 16 times. Joseph was unarmed.

Smith said that she told the cops that Joseph was suicidal, upset, and to not shoot him. Her husband was within an arm’s reach of Joseph, but the cops threatened to shoot him if he got involved.

“I told them, ‘That’s Joseph Jennings, he’s suicidal, he’s upset, don’t shoot him,’” Smith said. “And that’s what I don’t understand is, why did it take them shooting him 16 times at least for them to bring him down? Why didn’t they bag him, knock him down, and then go and take care of whatever they needed to take care of?”

Smith said that her husband tried to help, but police threatened to shoot him too.

“My husband was going to tackle him. He was within arms reach. They said to get back or they were going to shoot him,” she explained.

Following standard procedures for officer-involved shootings, Ottawa police turned the case over to the Kansas Bureau of Investigation (KBI). Officers involved in the shooting were placed on administrative leave.

Joseph’s aunt said, “I never thought it would hit this close to home. My condolences go out to the victims of the Ferguson incident. I’m living it, too. The overkill and the police department not knowing how to handle those with disabilities.”

(The video on Youtube was removed for copyright infringement.  See the following link for videos by KCTV5.)

← Vent Away – Open Discussion
Virginia Cop Sentenced To A Mere 3 Years For Killing Unarmed Woman →
%d bloggers like this: