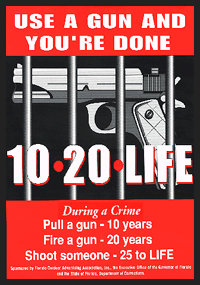 We have all seen the headlines, “Fla. Mom gets 20 years for warning shot”. We have all heard some of the stories trying to tie this long sentence to race. What most don’t know is the history behind what happened. I’m not talking about what happened to Ms. Alexander but the history behind the sentencing. What most fail to realize is that it wasn’t the crime she was found guilty of, it wasn’t her race and it had nothing to do with a warning shot. It has everything to do with a law.

Since the killing of Trayvon Martin by George Zimmerman, the public has focused largely on Florida’s stand your ground (SYG) law. While many consider this to be an unjust and vague law, to me there is a more unjust law on the books and one that existed before Florida’s SYG law. 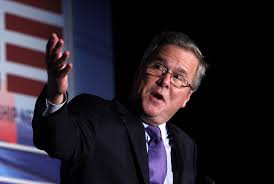 Back in the late 90’s there was a surge of violent felonies in Florida in which a gun was used. At the time, Florida had a mandatory sentence of 3 years when a gun was used in a violent felony. Jeb Bush, while running for governor, came up with and ran a campaign platform for the 10-20-Life law. When he was elected in 1999, the State Legislature passed Bush’s proposal and the law went into effect on July 1, 1999. In 2000 it was expanded to cover 16 and 17 year old’s who fire a gun and have prior criminal records.

What the law basically is, if you use a firearm during a forcible felony, you have 3 potential MANDATORY MINIMUM sentencing. Show a gun during the crime and you get 10 years; fire a gun and you get 20 years; and if you hit or kill someone with a gun and you get Life. Fire when there is more than one person present and you get consecutive sentences for each person.

There have been several people, many thought to be good people, who have been caught in this law. Ms. Alexander was not the first; she was though a high-profile national case. So much attention was brought on to her plight that the Florida Legislature even changed the law, now adding a “freebie” of a warning shot when the shooter feels justified.

Here are some of the cases: 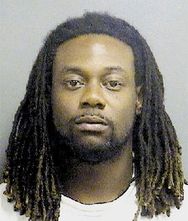 Ronald Williams, Riviera Beach: Mr. Williams became aggravated when 4 gay men began looking at him. He pulled a gun and fired 5 shots into the air. He was convicted of 4 counts of aggravated assault and sentenced to 80 yrs in prison. Judge Joseph Marx disagreed with the sentence pointing out that some murder convictions don’t get 80 yrs.

Eugene Anthony Elsperman: He is a disabled man who is legally blind without glasses and suffers from ulcers on his legs preventing him from being able to run or make quick movements. Mr. Elsperman had gotten into a verbal argument with his ex-roommates. As the ex-roommates pulled out to leave they struck Mr. Elsperman with their car. While Mr. Elspermann struggled to get to his knees he noticed the reverse lights come on and he thought they were coming back to run him over. He pulled a gun and said he fired 4 shots below the car lights hoping to shoot out the tires. All shots missed. He was sentenced to two consecutive 20 year sentences. The ex-roommates have even said that it was an absurd amount of time. 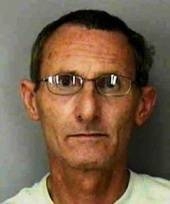 Orville Lee Wollard, Davenport, FL: Was defending himself and his family from his daughter’s abusive boyfriend. He had several encounters with him before and in one encounter the boyfriend caused the stitches to rip from a recent surgery that Mr. Wollard had. When the boyfriend became abusive towards his daughter again he responded to his families cries for help by retrieving his handgun and confronted the boy in his living room. The teen punched a hole in the wall and moved toward Mr. Wollard. Mr. Wollard then fired a shot into the wall and the boy left.

The boyfriend  called the police after several weeks and was overheard by a neighbor saying “We’re going to put your dad away forever.” Mr. Wollard was convicted of aggravated assault and sentenced to 20 yrs. The officers investigating the case begged the government to recognize the circumstances of the case. Judge Jacobsen said: “This is obviously excessive….if it weren’t for the mandatory minimum….I would use my discretion and impose some separate sentence, having taken into consideration the circumstances of the event, but I think I am duty-bound to apply the law as it has been enacted by the legislature.” 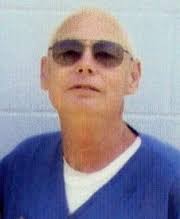 Ronald Thompson: A 65 yr old veteran who volunteered his time. He was waiting for a friend to come home and visited with the friend’s mother. The woman’s grandson came to the home with 3 friends and the grandmother denied him access to the home because he was banned. It became heated and Mr. Thompson went to his vehicle and retrieved his handgun, he had a CCW, he then fired 2 shots into the ground. The teens left.

Mr Thompson was sentenced to 20 years. Judge John Skinner in this case considered the 20 year term to be unconstitutional and sentenced Thompson to 3 yrs instead of 20. This was overturned on appeal by none other than the 4th Circuit State Attorney Angela Corey. They were afraid of it setting a precedent.

In each of these cases none of the shooters aimed to kill or even wound the people that they perceived to be a threat. They all shot to scare off their perceived attackers. Plain and simple this is an unjust law, it takes away any judicial leeway to make a decision as to whether or not circumstances fit the sentence. The law doesn’t care if you were attacked before, it doesn’t care if you truly felt threatened, it didn’t care, until recently, that it was a warning shot.

Then we have Marissa Alexander, she is a Jacksonville resident who has claimed that she fired a warning shot to prevent her husband from attacking her. Judge James Daniel said when sentencing her: “The decision on an appropriate sentence where the state has provided competent and substantial evidence to support a jury’s verdict of aggravated assault, which they have in this case with the discharge of a firearm, has been entirely taken out of my hands.” 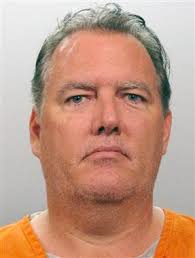 While I support her right to a new trial, I have gone on record that I did not support her claims. Like with the George Zimmerman case, there are many facts about the case that don’t go national and you have to research it all to come to an opinion of the case. But it is important to recognize that she didn’t get 20 years because she was black; she got 20 years because of this law. It is the same law that we all rejoiced about when Michael Dunn is looking at 60 years behind bars for shooting at the fleeing car in the incident which took Jordan Davis’ life.

While I also don’t wish to see Mr. Dunn to see the light of day as a free man again, we can’t have it both ways. This law needs to be changed; a judge should be given the opportunity to examine the history behind each case to decide if the sentence does fit the crime.