The Impact of Trayvon Martin’s Death on America

Outside of his family and friends, Trayvon Martin was unknown until a few days after February 26, 2012. On that evening, Trayvon Martin was the average 17-year old child of divorced parents where the father is involved in his son’s life and there is an extended family. Living in Miami Gardens, Trayvon was visiting his dad in Sanford, Florida, who was staying with his girlfriend. He went to the 7-Eleven and on his way back, was followed by a man in a truck. Trayvon was on the phone with a childhood friend named Rachel, and told her about a creepy looking guy following him. Trayvon ran. The man got out of his truck, followed Trayvon, and shot him dead.

The killing of Trayvon Martin impacted America more than the killing of some U.S. Presidents. Because of technology and the internet, people from across the globe took interest in the case.   Because of Florida’s “sunshine law,” discovery documents and pleadings filed in the case were made public. George Zimmerman’s trial for 2nd degree murder was shown on television, and live-streamed.

America has learned that in murder cases involving claims of

self-defense, Lady Justice tips the scales against victims. The dead become the accused; are not given a jury of their peers; and regardless of evidence; jurors decide base on their personal opinion and biases for the defendant. Since last year, we have heard two cases in Florida where defendants only needed to say they were afraid in order to overcome evidence that they did not need to fire a gun. George Zimmerman was acquitted, and Michael Dunn ended with a hung jury. 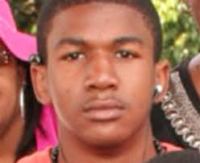 There are lawyers, journalists, bloggers, and people in general who voice their opinion about the case, and if they did not come out in support of George Zimmerman, they were and are still targeted by a group of internet White Supremacists who have two classifications for us; either “black racists” or “White guilt idiots.”

In spite of this, the killing of Trayvon Martin causes us to see that there are more good-guys than bad-guys. Love is stronger than hate. America has awakened to the fact that guns impact our lives, our fears, our standing as consumers, and for some, where we stand politically.

Trayvon Martin’s blood was like seed.  It has grown like a great tree of awareness, unity, commitment, and brought other cases to the forefront where we lift up the families of victims.

Trayvon did not receive justice as the American justice system promises.  However, he has received justice in other

ways.  Trayvon’s life was much more than a name on papers in a homicide case. His name lives on. There are positive things that happen in the name of Trayvon.  There are songs, poems, and plays written in tribute to Trayvon Martin. Forms of art honor him. His parents, Sybrina Fulton and Tracy Martin, speak before organizations and groups. In his name, scholarships are awarded to young men entering college. Rachel Jeantel, the last person to talk with Trayvon before he was killed, completed high school at the age of 20 as a promise to Trayvon.

June 22, 2017.  I just became aware that the Sanford Watch Youtube channel has been deleted.  I have replaced their video with the following by HLN.