Wow! I was just putting together information to report on the Julie Schenecker trial, suspecting for it to last at least another week.  Just a few moments ago, I learned that the trial closed, the jury went into deliberations, and less than two hours later, returned a verdict of guilty of two counts of first-degree murder. 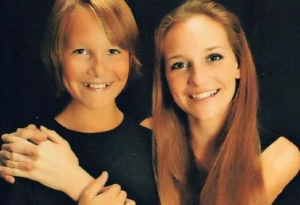 Julie killed her two children, Calyx, 16, and Beau, 13. She shot them first in the head, and then in their mouths.

After the verdict was read, Julie made a statement to the court, including;

“I understand that there are people who are affected by this who may have just read about it in the paper or maybe had a child looked at her mommy and said, “Mommy, are you going to shoot me?’ …

I’m one of those affected by her actions. She killed children; and not just children, but her own children.

In January 2011, Julie Schenecker purchased a gun for the explicit purpose to kill her children. Attorneys for the 53-year old Julie waged an insanity defense. Rather than recap all of the trial, videos of the closing arguments and the verdict follow.  Thanks to croakerqueen123 for the videos.

May Beau and Calyx rest in peace.