← Some Funny Lessons for Life!
Juror In Dunn’s Case Interviews With ABC News →

(Quotes in this article contain profanity.) 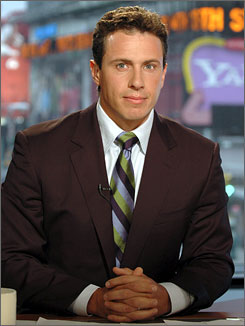 I’m not one who writes many opinion pieces.  Mostly, I like to report to inform.  This time however, I feel compelled to address the most recent events.  I was one opposed to the airing of Chris Cuomo’s interview of George Zimmerman.   I refused to watch the interview, but CNN producers knew how to get excerpts into programming with panels who I did want to hear, such as Don Lemon and attorney Benjamin Crump.  Thus, I saw some excerpts of George Zimmerman’s interview and also Cuomo address how he heard protests, but aired it anyway.

CNN moved the airing up a day early, on national Presidents Day, on the heels of the verdicts in the Michael Dunn trial, and Jordan Davis’ birthday, and during Black History month. 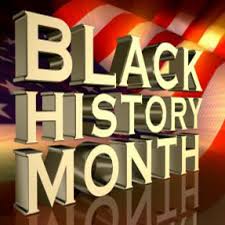 I follow blogs that have featured articles in honor of Black History month.  Since the beginning of the month of February, I’ve read of America’s Black history.  That includes the institution of slavery, through the Civil War, through the lynching of Black women, children and men.  I’ve read how people fought for an anti-lynching law while Southern politicians fought against it.  I’ve read about the Tuskegee Airmen who, although trained and qualified, had to fight for the opportunity to use their qualifications to defend their country.  I’ve read about the Civil Rights Movement. 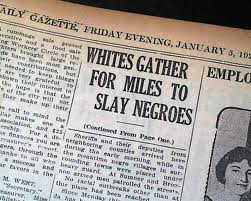 Black history includes the history of Rosewood and Black Wall Street, successful, independent communities whose buildings were burned down and destroyed by Whites, leaving strange fruit on trees.

I’ve read about the first Blacks who  entered doors, accomplishing things that have added to America’s brilliance. 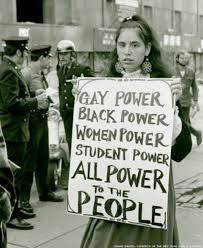 Being of the Flower Power generation, there is one thing I remember so well from that period of time, and that is that our heroes died while we were still young.  They were entertainers such as Otis Redding, Janis Joplin, and Jimmy Hendrix.  They were politicians including President John Kennedy and Bobby Kennedy.  They were civil rights activists such as Medgar Evers and Martin Luther King, Jr..  It was a time in our nation when love and peace were promoted in the midst of violence in our own land.

Now, rather than assassins hiding while aiming at their targets, they come out in the open using Black youth for target practice; blame their victims, claim self-defense, and are acquitted by juries who say that the law is confusing.

It appears that self-defense law, such as stand your ground, was intended to be confusing so that juries cannot apply the facts to the law but rather, apply their emotions and biases to decide verdicts.

And you Mr. Cuomo, along with CNN, just rubbed our noses in it, opening wounds.  I cringe.  I cringe when hearing Black parents tell their children how to behave so that they are not profiled and killed by some White person who thinks they are violent just because of the color of their skin.  I cringe because America is forcing every Black person, not to prove that they are not violent and dangerous but rather, to surrender their civil rights.

Equality means that everyone is free to walk the streets, shop, travel, attend school and/or work, without fear of having to behave like slaves in order to prevent being shot for asking why they are being followed.

Equality means that being offended is not translated as feeling threatened.

If the media is going to allow George Zimmerman to speak, then someone from the other side needs to bring a balance.  Before America heard Zimmerman’s side, we heard his call to the police reporting a suspicious person.

Thereafter, we saw his walk-through re-enactment.   It was not only inconsistent with his call, but it presented another George Zimmerman to the public.  You see Mr. Cuomo, America heard the real George Zimmerman on the police call.  We heard his use of profanity.  We heard him refer to one person in the plural as a group – “These assholes …”  “Fucking punks.”

We heard Zimmerman ask the dispatcher if the cop could call him and he would tell him his location.    And, we remember well how his attorney, Mark O’Mara, presented to the jury that Trayvon Martin had enough time to get

home.  In the land of the free where all men are created equal, and all have equal rights, why wasn’t equal responsibility placed on George Zimmerman to go home?

Now, CNN dares to bring on Mark O’Mara who spoke about jury instructions, when he and Don West argued for Judge Nelson to not allow the initial aggressor part of self-defense law in instructions given to the Zimmerman jury!

The media speaks of George having injuries, but always fails to address the fact that stains on George’s jacket were tested for blood and where blood was found, some of those stains  returned findings of mixed DNA and that Trayvon’s DNA was excluded.  George had been in a fight, but it was not with Trayvon Martin.  It might have been earlier that day or the day before, but it was not by Trayvon Martin’s hands.

During Black History Month, we have been reminded that a man who sees one teen to represent a group, who he intentionally followed and then shot him in the heart ending his young life, can be acquitted and then use the media to present himself as a victim.

Was the Dunn trial not enough?  Was it not enough to open wounds for what happened to Trayvon Martin without putting his killer before our faces?

Mr. Cucomo, you interviewed a man who said in or about July 2012 that he had no regrets and what happened the evening of February 26, 2012 was “…all God’s plan.”   By his own words, whatever is going on in George Zimmerman’s life now began as God’s plan on February 26, 2012,  and not even your interview is going to change one damn thing for him. You should have put that interview in archives, never to be shown.

← Some Funny Lessons for Life!
Juror In Dunn’s Case Interviews With ABC News →
<span>%d</span> bloggers like this: