Senate Hearing On Stand Your Ground

The original Senate hearing was postponed due to the shooting at the Navy Yard.  It is now scheduled for October 29, 2013, at 10 a.m. EST.  The Senate hearing is officially titled “‘Stand Your Ground Laws: Civil Rights and Public Safety Implications of the Expanded Use of Deadly Force.“  The purpose of the hearing is to explore the civil rights and public safety implications of state laws that allow deadly force to be used by citizens to protect themselves 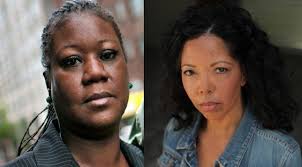 Sybrina Fulton, mother of Trayvon Martin, and Lucia McBath, mother of Jordan Davis, will testify before the Senate Judiciary Committee’s Subcommittee on the Constitution, Civil Rights and Human Rights.

The hearing will be aired live.  Check your C-Span schedule or click here for the live webcast.

Stand Your Ground Is Unconstitutional 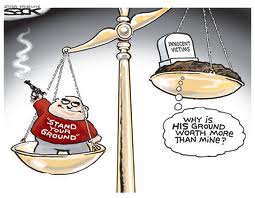 My position is that Stand Your Ground is unconstitutional.  The Castle Doctrine and justifiable homicide statutes are sufficient and applicable for those using self-defense.  Stand Your Ground extends on these laws, giving persons the right to harm or take human life in public places, without it being necessary for them to defuse the situation by walking away.

By Stand Your Ground laws having that section, it effectively conveys that it’s not a law of self-defense and protection from being victimized by crime but rather, a social law that gives people who conceal carry the ability to pull their gun during a dispute and use it on those unarmed.

This means that a person in a mall whose toe is stepped on, can kill and claim that they were afraid of receiving great bodily harm or death because of how the other person appeared to them.

It also means that people can be profiled based on their physical appearance and/or how they walk.  Innocent people can be confronted, and killed, unless they submit to private citizen strangers that profile them as threatening. That in and of itself is a violation of civil rights.

Additionally, although Stand Your Ground law does not provide for immunity from prosecution when the person claiming self-defense is the initial aggressor, by eliminating the only other witness, defendants can keep their initial aggression secretive and still walk free.

Stand Your Ground is not a law of self-defense.  Rather, it’s a law of culture and social order, giving people the right to shoot first based on their perception of others who intend them no harm.

The right to self-defense applies to everyone and not only those armed with a firearm.  Conceal carry goes hand-in-hand with stand your ground law. Conceal carry is not equal protection under stand your ground law.  Stand Your Ground law gives those with firearms an advantage over those unarmed.  An unarmed person who stands their ground is compelled to use whatever they can in exercising self-defense, while the person armed with a gun can kill and claim any wounds inflicted upon them as giving them the right to use deadly force.   By killing the only 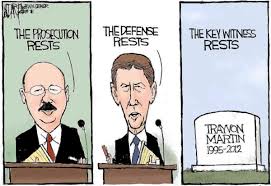 other witness, they can have a day old scratch on a pinky finger, paint a story around how they got it from the person they murdered, and walk free.  Or, they need no injuries at all — just a reasonable fear. That reasonable fear can be as simple as saying the person was larger and looked scary.

Stand Your Ground Is Rooted In Sovereign Citizenship Ideology

Our federal legislators need to take a serious look at the conception of Stand Your Ground law.  Stand Your Ground is a part of sovereign citizen ideology.  That in fact, the phrase “stand your ground” is common among sovereign citizens, from resisting a traffic ticket, not filing tax returns, and practically any law that they do not want to obey.  They believe that they are above the law because they believe that the government is illegal and imposes laws upon them that were legislated to prosecute others. If you are not familiar with sovereign citizenship ideology, a quote from one of their website’s lays the foundation.

This is referring to the Emancipation Proclamation and subsequent three Reconstruction Amendments to the Constitution, specifically the Thirteenth, Fourteenth, and Fifteenth Amendments.

The Fifteenth Amendment prohibits the federal and state governments from denying a citizen the right to vote based on that citizen’s race, color, or previous condition of servitude.

FL Cop Who Is Sovereign Citizen

Sovereign citizenship came to the spotlight in 1995 when Timothy McVeigh bombed the Murrah Federal Building in Oklahoma City in retaliation for the Bureau of Alcohol, Tobacco, and Firearms assault on the Branch Davidian compound at Waco Texas in 1993.   It was then termed the “militia” or “patriot” movement but the common beliefs do not change regardless of what they call themselves.  They believe there is a conspiracy by the federal government to disarm Americans.  The goal of this alleged conspiracy is to allow Jews, Blacks, Russia, China, Saudi Arabia, international bankers, socialists, etc., assume control of the country.  They believe that the disaster at Waco, the Brady Bill, and the ban on assault weapons are all part of a single plot and only tip the conspiratorial iceberg. 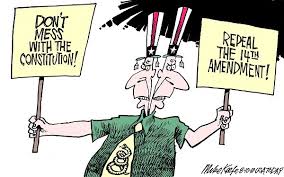 The exact legal details of this inferiority vary among the theorists. Some believe that all amendments after the Bill of Rights are currently void and accordingly, Fourteenth Amendment citizens are not really citizens at all. Others believe that the Constitution and the Bill of Rights are God’s law and as such may not be changed, but later amendments reflect only the will of men and as such may be repealed.  Accordingly, Fourteenth Amendment citizens could lose their citizenship and rights through constitutional amendment.

In 1985, under the pseudonym James O. Pace, William Daniel Johnson, a Los

Angeles corporate lawyer and White separatist, proposed a constitutional amendment that would revoke the American citizenship of every nonwhite inhabitant of the United States.  In 2010, he was still actively supporting white nationalist causes, serving as chairman of the American Third Position political party (renamed American Freedom Party in 2013), and wants to run racist candidates nationwide.  The amendment would first repeal the Fourteenth and Fifteenth Amendments.   His amendment did allow for citizenship of “Hispanic whites” if “they are in appearance indistinguishable from Americans whose ancestral home is in the British Isles or Northwestern Europe.”  The Amendment is called “The Pace Amendment.”

Before calendar year 2008 and the birth of the Tea Party, America wasn’t taking sovereign citizens seriously and did not anticipate that they would infiltrate and persuade politics.   They want their country back, if not by ballot, then by bullet.  Stand Your Ground is one way they seek restoration, which is their word for repealing all post Civil War constitutional amendments. We need to wake up.

Sovereign citizens generally believe that the Second Amendment implies that citizens are sovereign, possessing a God-given, inalienable right of self-defense.  Think about that.  In sovereign citizen ideology, Fourteenth Amendment citizens are not sovereign and therefore, have no inalienable right of self-defense; they have no guaranteed access under the Bill of Rights.

Stand Your Ground law provides for citizens to murder at-will, without answering to law enforcement authorities.  This is to instill fear and oppression in “Fourteenth Amendment” citizens, and return to pre-Civil War culture.  Only now, instead of using ropes to lynch, guns are used.   As expressed on one sovereign citizen website:

“When Mommy’s and Daddy’s teach their children the penalty for aggressively attacking someone includes the possibility of being shot and/or killed, then people will no longer act as such.”

That article goes on to say that in the 1800’s before the government created self-defense and gun control, that people killed others “on the spot” and there was “[N]o trial, no charges, no sentence and no prison care.”

Can you hear the dog whistles?

While law enforcement agencies are busy doing what they do, they have not kept up with how sovereign citizenship is using strategies against the government, by using the government.  As we heard from Maddy, Juror B 29 on the jury deciding George Zimmerman’s case, she said the way the law was read to her, that the jury could not convict Zimmerman for murder unless the prosecution proved he had intent.  That rendered all of Florida’s homicide laws to have no effect.  The verdict surpassed intent to acquit Zimmerman.  His case was actually the test-pilot for using sovereign citizenship ideology in the court to circumvent homicide laws whenever self-defense is claimed.