Those who know about the cyber-harasser, doxer, impersonator, identity thief, know that I refer to her as Miss Filth.  Of the year that Miss Filth has stalked, harassed, and threatened me, I’ve only posted one comment in response to her on this blog.   That time, I thought it was necessary to expose that she sends comments to blogs using the names or handles of  George Zimmerman supporters — people that she agrees with on Zimmerman support and White Supremacists blogs.    If she doesn’t use their handles or names as the sender, she uses them in the fake email addresses.  (Her IP address is always the same.)

This is another time that I feel it is necessary to address Miss Filth’s actions because in the past week, at least four (4) concerned persons have contacted me about Miss Filth’s behavior.  I am posting this for the benefit of those who are concerned about me and this blog and to thank them for their concern.  Rather than having to send emails each time there is a concern, I am posting this.

Be aware that if you have reblogged from this blog, are listed on this blog’s blogroll, or can be contacted otherwise through your own blog or social media, that Miss Filth has promised to pay you a visit and try to verbally vandalize your page under the guise that she is “exposing” me as a “fraud” with a laundry list of profane, vile names.  According to Miss Filth, if you read her comments about “the real” me, you will hate me.

You see, according to Miss Filth, for over a year now,  I scammed everyone who reads this blog, my comments on other blogs, and videos that I put together, into believing that Zimmerman is guilty of murder by presenting to them that I’m a person of compassion, intelligence, and respect for others.

To Miss Filth, once you realize and accept that I am a scam artist, you will feel bad for supporting a “thug.”  Thus, hating me, accomplishes in her mind, that you also hate Trayvon Martin.    They did that by trying to get people to disrespect Sybrina and Tracy, attorneys Crump and Jackson.   If you hate the parents, then you have to hate the child — that’s their theory.

Along with sending malicious comments about me,  Miss Filth is also impersonating me on online newspaper comments.  Her comments are hateful, provoking, and encourage the killing of Black men for being “feral.”  That’s not all . . .

After spreading what she purports to be my real name, she sends filthy comments to blogs using that name as the sender.  That’s not all …

She has stalked and read where I posted having a son, and now infers threats against his life.   She even accuses him of being another “Trayvon” who she hopes will be killed in “self-defense.”  That’s not all …

Miss Filth is not satisfied taking sole credit for her actions.  She commented to another blog administrator that a person involved in the press release promoting Lonnie Starr’s petition told her my real name because she thinks I’m a “snob.”  This is a person who Miss Filth and her comrade also doxed — wrongly.

The press release WAS PUBLISHED ON YAHOO NEWS.  IMHO, that’s quite an accomplishment.

On the other hand, around January when I had her comments going into moderation, Miss Filth gave credit to her comrade for “outing me.”  This was around the same time that based on a complaint to Word Press by Frederick Leatherman, Miss Filth’s comrade’s blog was suspended for violation of Terms of Service, and he deleted the other blog.

Based on the name of the contact person on the press release,  and since Miss Filth neither her comrade could find that name on the internet,  Miss Filth has used variations of that name, (all common names) and in those variations, setup profiles on websites that are to search for people and/or conduct background checks.   I have communicated with most, if not all of those sites.   The reason I did so is because her comrade posted on the CTH that I have many aliases.  I wanted to see what he was leading them to.  Representatives of those websites verified that in the last several months, the profile was just added, or edited, adding aliases, previous residences , and names of associated people.    Miss Filth created the people, and then uses her own, fraudulent creation in effort to disparage and defame me.

When I spoke with a representative of one of those people search websites, she is of the impression that whomever set up the profiles combined information from several other people with the same name.  Therefore, Miss Filth now has women with the same name all previously living in the same States,  with their ages ranging from 32 to 89.   She even revived a deceased person.  That’s not all . . .

One representative informed me that the email address used to post a profile was “talktalk.com.”  That sounds just like Miss Filth conveying her purpose for posting profiles in her effort to defame me.

Anyway — here is the response I left for Miss Filth on the other blog, that as of the time this is posted, is in moderation.

Miss Filth,
Still trying to make up an identity for me, uh?

Tess, since I opened Blackbutterfly7, Miss Filth lurks there. Anyone who posts a link to reblog or is listed on the blogroll is subject to be attacked with verbal vandalism. I am sorry that you have been targeted.

Some history:
Miss Filth has been cyber-stalking, cyber-harassing, and threatening me for over a year now, beginning last year by warning me if I continued commenting on TheJBMIssion, and did not delete or abandon my blog, that she would “destroy” my reputation. Her attempts posting disparaging comments about “Xena” on pro-Zimmerman blogs did not discourage me. She then found a court decision pertaining to case where I live, and alleges that it is me.

After her internet service providers received complaints of her harassment and threats to present information purporting to be me, Miss Filth took to using proxy IP addresses to continue her threats. (She went through 3 ISPs before using proxies.) Two of the proxy websites have blocked their IP addresses from accessing Blackbutterfly7 and 3Chicspolitico. Miss Filth became angry, threatened to spread information that she purports to be me, presenting it in a false and mocking light, and is sending it to blogs that are like-minded to Blackbutterfly7.

(Actually, when reading the court decision, it is not as Miss Filth falsely presents. The same name appears in an article published by the Winnebago Bar Association, which contradicts the false representation that Miss Filth gives of the court’s decision and that person.)

Miss Filth has also gone as far as to set up fraudulent internet profiles in the name that she alleges is my real name, and suggests that people Google that name, sending them to the false profiles that she has set up.

Another thing is that Miss Filth also submits comments to blogs using the names of pro-Zimmerman folks. She also uses fake email addresses including their names, hoping to generate online responses since blog administrators cannot correspond with the fake email address. She and The_Hoff71 piggy back playing that game where he tweets the person who Miss Filth impersonates letting them know that there is response accusing them of sending threats to blog administrators. You can see this played out on a blog whose URL I will not post here to avoid sending traffic to it, but if you want, email me and I will send it to you.

Miss Filth has sent comments to my blog (from the same IP address) impersonating Annette Nettles, Diawataman, Jordan2222, David Piercy, and Viki Pate. Thus, she is stealing the identity of the person she alleges to be me, in addition to using the identities of those who she purports to agree with.

To protect herself and apparently deflect attention, she has sent comments to my blog “outing” The_Hoff71 and members of his family, giving him credit for doxing, and giving credit to David Piercy for leading her to proxy websites. She has provided me with the additional personal information of others who she purports to agree with, as if hoping that I will post it publicly in retaliation.

I don’t violate law. Rather, I use available options at law.

Not telling you how to run your blog, but most blog administrators have learned that they must use the option to have first time comments sent to moderation. If the comment is vile and ILLEGAL, (like the one above), they place the IP address in the “blacklist” sending all future comments from the same IP address into the black hole of spam.

I’ve placed all 25 proxy IP addresses of Velia.net in the blacklist. They begin with 193. If you want them, please let me know. 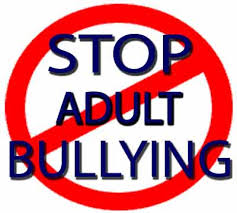 In conclusion, I would like comments on the subject of bullying.  What is behind people who want to humiliate, mock and demean private individuals?