Significance of the Dooley Decision 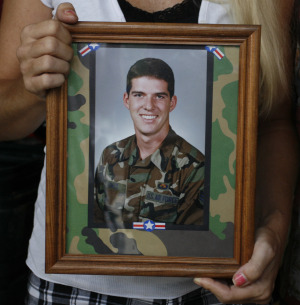 In September 2010, then 69-year-old Trevor Dooley shot and killed 41-year-old David James.  Dooley claimed that he shot James in self-defense. Two days later, Dooley was arrested and charged with manslaughter with a weapon, improper exhibition of a dangerous weapon or firearm, and open carrying of a weapon.

Dooley petitioned the court for immunity under Florida’s Stand Your Ground statute.  On May 11, 2012, Judge Ashley Moody denied Dooley’s petition for immunity.  The case proceeded to trial.

The situation started when Dooley, who resided across from a basketball and tennis court, saw a teen with a skateboard on the basketball court and yelled at him not to skateboard.  David James, who was on the court with his 8-year-old daughter shooting hoops, yelled back to Dooley asking where was the sign saying no skateboarding.  Dooley was washing his car and walked out of his driveway over to the basketball court.   Testifying that he saw no good by arguing,  Dooley turned to walk away when James grabbed him by the shoulders pulling him around.  The altercation then went to the ground and ended with Dooley shooting James in the heart.

Dooley, who is 5 feet 7 and weighs 160 pounds, told jurors he had to struggle with a man 28 years younger who was 6 feet one inch and 240 pounds.  Dooley testified that he had no choice other than to pull out his gun after James grabbed him by the throat.  Dooley testified that he felt that he was going to black out, and that James went for his gun and he believed James would have shot him.

At trial, James’ daughter was a witness for the defense.  She testified that Dooley did turn his back and was walking away when her dad rushed him.  Furthermore, she said she did not see Dooley’s gun until he took it out during the altercation; that her father was “on top” of Dooley and was trying to keep him down to answer his question, which was, where is the sign that says “No Skateboarding”?

The Dooley case decision is very significant in understanding the legislative intent of stand your ground law.  It is common to read  George Zimmerman’s supporters argue that stand your ground immunity applies when the person tries removing themselves and/or does not throw the first punch.    If that interpretation of the law is correct,  then James would be the aggressor and Dooley granted immunity from prosecution.

According to the court’s ruling in the immunity hearing, “…the evidence showed that Mr. James had not been threatening or aggressive in any way toward Defendant, although he did appear to be shocked, defensive, loud, upset and agitated.  It was not until Defendant reached for and pulled out his weapon – indicating an intent to escalate from an argument to violence – that Mr. James exerted and used physical force against Defendant.”

In other words, the court found that the victim had the right to use physical force because the defendant took a physical action that the victim perceived as a threat.   At trial, State prosecutors proved the same to the jury.

Dooley testified that he never showed his gun.   Witnesses said otherwise.  They testified that Dooley raised his shirt, revealing his gun, and then turned to walk away.   That action is why Dooley was charged with improper exhibition of a firearm and open carrying of a weapon.  It is also why the jury decided that James, once seeing the gun, had the right to try to disarm Dooley.

Furthermore, and most importantly, the jury decided that Dooley was the aggressor and it was a senseless killing; if not but for the fact that Dooley left his garage with a loaded gun and walked over to James, the altercation would not have happened and James would not have been killed.  Dooley was found guilty on all counts.

Dooley said that he is remorseful.  Each time he takes a shower and hears the drain, it reminds him of James’ death gurgle. On January 17, 2013, the judge hearing Dooley’s remorse, sentenced Trevor Dooley, now 71 years old,  to 8 years in prison and 10 years probation.  His sentencing for all counts run concurrent, with 3 days of jail credit.

WHY IS THE DECISION IN THE TREVOR DOOLEY CASE SIGNIFICANT IN THE CASE OF GEORGE ZIMMERMAN?

After the jury found Dooley guilty, he gave a statement to the media, blaming racism for his prosecution. “Do you really think that if it was the other way around and the skin color would be different we would be here today?” he asked reporters.

The jury in Dooley’s case consisted of multiracial men and women. Dooley’s focus was on losing the fight giving him the right to use deadly force, rather than his initiation of events leading up to the fight and the firing of his gun.

Although at trial it was established that James initiated the physical altercation, there would have been no physical altercation and no killing had Dooley not left his garage with a loaded gun. The jury decided by applying the facts and evidence to the law.  Let’s see if Judge Nelson, in deciding George Zimmerman’s petition for immunity, and the jury at his trial, will decide likewise.